Barbara has addressed thousands of 1950s-born women and supporters gathered at a national lobby of Parliament calling for fair transitional arrangements to help those affected by changes to the State Pension Age.

Barbara, who is the chair of the newly-launched cross-party Parliamentary group for Women Against State Pension Inequality (WASPI), addressed women from the campaign group to show her support for the women and their campaign.

In 2011, the Conservative-led Government accelerated changes to the State Pension Age for women, increasing it for a second time for women who were born after 6th April 1950. Some of the women affected have seen their pension age increase from 60 to 66 years. Many of the women affected received little or no notification from the Department for Work and Pensions leaving little or no time to put alternative plans in place and causing the women uncertainty and worry.

Over the next few years, the Government’s changes will affect 3,700 women in Worsley and Eccles South who were born in the 1950s and will also affect 100,000 women in Greater Manchester and 291,000 women in the North West.

“The Conservative Government’s treatment of the 1950s-born women affected by the changes to the State Pension Age has been shameful. The women have been left without any help or support and despite promises of transitional support nothing has materialised.

“Women born in the 1950s are the generation who did not enjoy equality in pay or pensions. Many worked part-time as they were bringing up children or being carers. The fact that thousands of 1950s-born women and their supporters travelled to the demonstration in Parliament highlights just how much of an impact this issue has had on the lives of women up and down the country. It sends a powerful message to the Conservative Government.

“Many women in Worsley and Eccles South have contacted me to share their own stories. It makes me angry to hear how badly some women have been affected by the failure of the Conservative Government to communicate the changes, provide adequate notice or offer any transitional support. Some of the women affected are now facing real hardship. Women are being put onto the Work Programme aged 62 when they have worked and paid National Insurance contributions all their lives.  Many already have 40 or more years National Insurance contributions and are forced to live off their own savings.

“I am proud to stand alongside the WASPI campaign on behalf of all of the 1950s-born women who have been affected and to back their calls for fair transitional arrangements, which they rightly deserve. I hope that the Conservative Government will now finally listen and take action to help the women affected.” 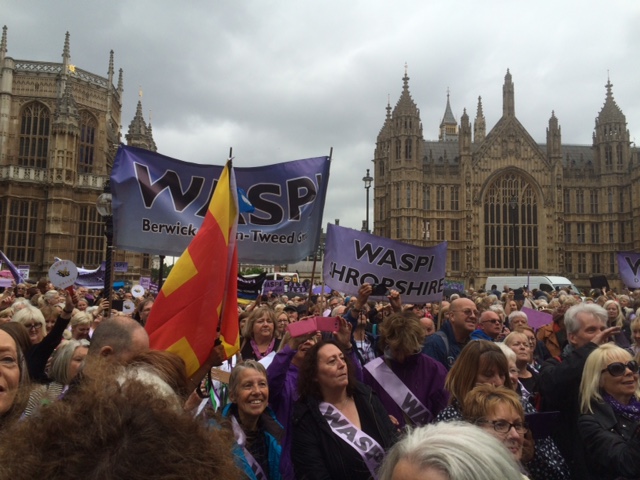 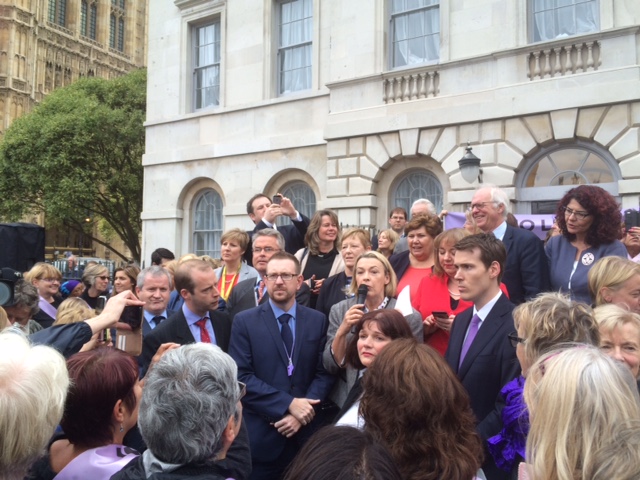