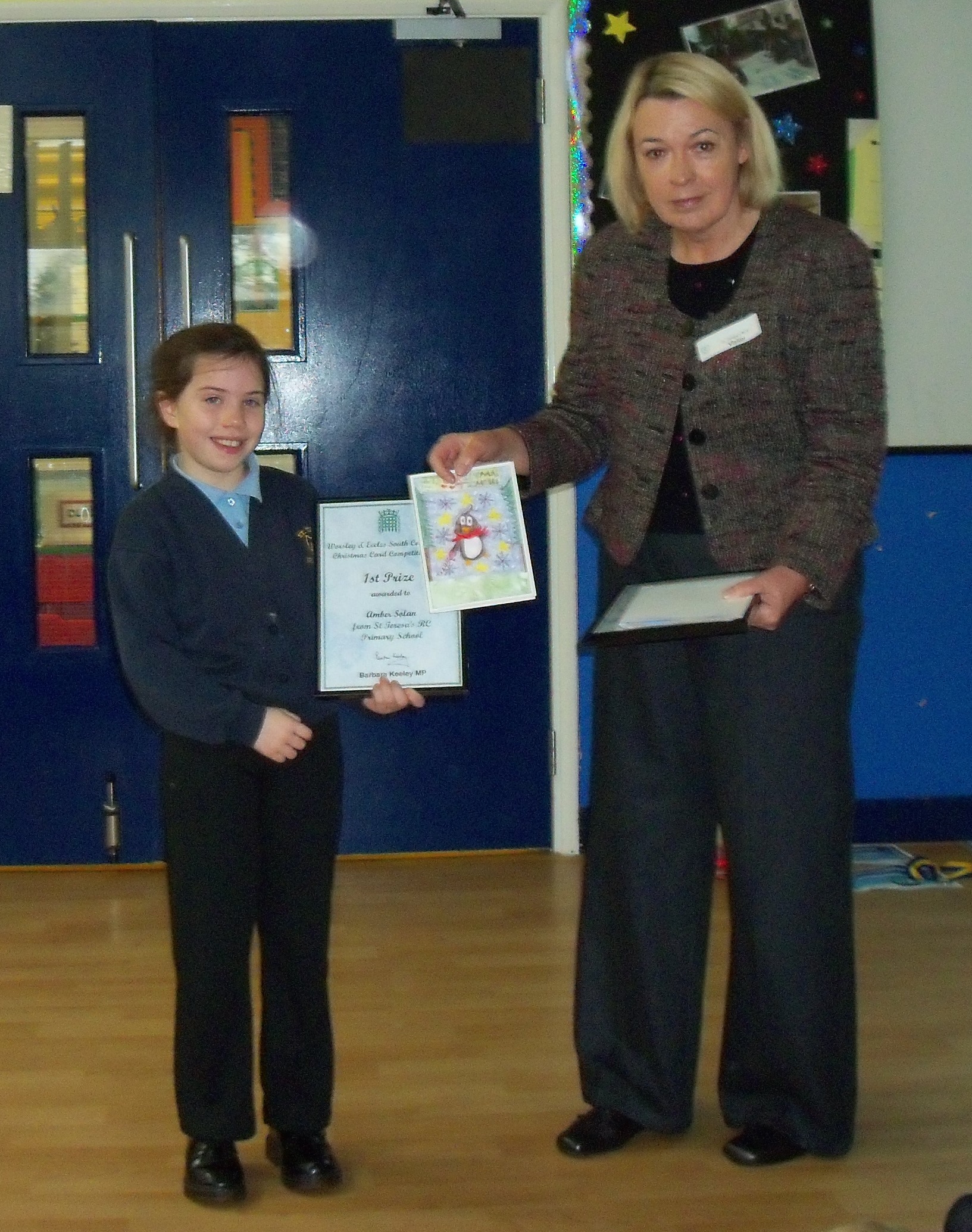 In September Barbara invited pupils from primary schools across Worsley and Eccles South constituency to take part in her 2014 Christmas Card Competition. There were over 250 entries for this year’s competition.

Following this, a design by Amber was also chosen by City Mayor Ian Stewart as the winner of his own Christmas Card Competition.

“I was delighted to award first prize to Amber. We had over 250 entries this year and the standard was very high. We later learned that City Mayor Ian Stewart also chose a different one of Amber’s card designs of his own Christmas Card Competition. Amber is clearly a talented artist. It was hard to choose a winner, but Amber’s design stood out.

“I would like to thank all pupils who took part in the competition, and the staff who worked with them on it. I would also like to thank the prize sponsors Tesco Irlam Extra, Tesco Walkden Extra, Worsley Park Marriott Hotel, Namco Station, Laser Quest and The Lowry.

“Thanks and well done to everyone across Worsley and Eccles South who took part in or supported the competition.”